I AM that I AM. Before the Earth was formed I walked with you,

Your name is know to my soul, We have dreamed together of this time, throughout time,

Your are, indeed Beloved, unto I, unto God, unto all of us who love you and we would ask that you would love yourself as well as we do.

I stand in this time to take my place as the World teacher of the Aquarian Age.

I stand with my brothers and sisters in spirit, in the desire to bring peace and understanding to a world that has forgotten.

We call upon your soul to remember.

In compassion we teach you to move beyond this illusion and own your Divine Inheritance, which is all.

As you remember the Truth you will change your world and then the World.

Who is St. Germain?

St. Germain is a Master of Ancient Wisdom and of the knowledge of Spiritual, as well as, physical Alchemy.

Throughout time He has held the Light in each life He has lived: His creations have reached a height of beauty, symmetry and perfection unexceeded in the mortal realms.

As we study the history of St. Germain’s lives, we see time and time again the Master and his way of holding to the Divine ideal. His gifts of Light, Love and Wisdom, are freely given, and his alchemical feats, elixir of youth, inventions and vision have been readily received.

St. Germain was called “the Wonder Man of Europe” in recorded history during the French revolution. He was extremely active in the courts of Europe and never ate or drank even when invited to dine. He loved jewels and carried a casket of precious gems with him where ever He went. He had the amazing ability to take a stone and by holding it He could make it brighter and/or bigger. 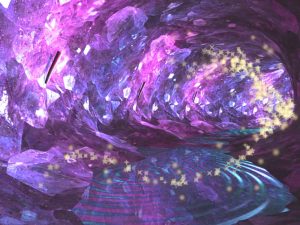 His ability to be in several different places at once, caused historians great confusion as he would be reported to be dining in several different homes at the same time and reputible people reported him to be in each place. He could be reported to be at a meeting of high political import in England, France and the Hague all on the same day, which was “impossible” in those times when travel took days to move among those countries.

He brings us to a remembering of the Masters that we truly are, by redirecting the World away from limitation and victimization. The Aquarian Age calls humanity to the re-blending of male/female, and unity of mind/emotions and physical/spiritual. With ultimate patience and absolute faith, St. Germain and the Council of Light are assisting humanity to overcome the limitations of eons of time. The call to unconditional acceptance of self/Self in each person on the planet will assist in bringing the world to the “critical mass” shift of changing paradigms.